As I prepare to say goodbye to 2017, with its extreme highs and lows, I also start to think ahead to the next year. The races booked in, the training plan and everything in between.

The focus for the year is a far cry from that of 2017 – where training heavily revolved around running and training for the London Marathon Instead there will be a full mix of running, walking, spinning and strength training to prepare for a variety of events – many of which are running in their first year or the first time I am taking part.

London Winter Walk is first on the list. Two weeks into the New Year I will be getting into full swing by taking part in this 20km walk. Based in the heart of the capital this route will see me set out from Southwark and follow many London landmarks along the River Thames to Vauxhall and back again. After not participating in a race since October I am ready to take this challenge on board and get some great training miles under my belt.

A couple of weeks later I will be running the London Winter Run for the third year running. This 10k route, run by Cancer Research, is one I have embraced for a few years now. In 2018, I am hoping to find myself running at a comfortable pace and generally just enjoying running again. 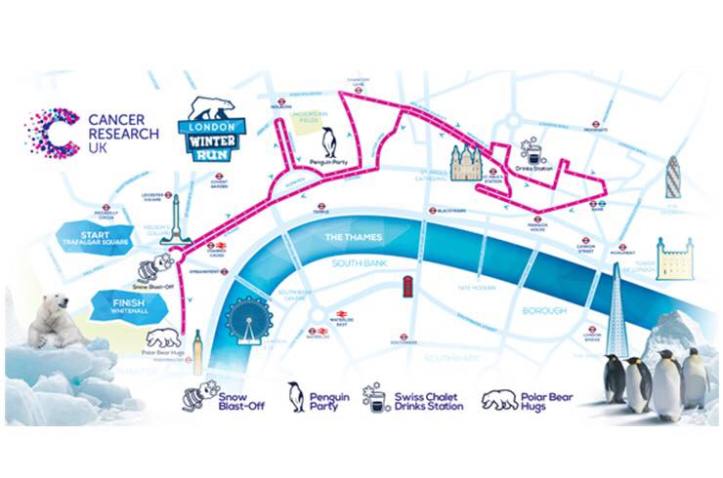 THE BIG HALF – Not only new for me, but a new route completely! Organised by London Marathon Events this race will see me retrace some of the steps I took during the London Marathon itself! I signed up for this half marathon very soon after the Marathon itself, when I was full of post race glory. I am looking forward to running this one, despite not running for the last two months. The two fastest half marathoners will also be taking part with Sir Mo Farah taking on Callum Hawkins – making this a very exciting race for anyone spectating. I will be miles behind these two legends of course.

After running the first ever Adidas city run in Shoreditch back in October, I did not hesitate to sign up for the second. On 18th March I will be taking part in the Fulham 10k – which promises to be “London’s Flattest Route” – something I hope to prove true. After the enjoyable run in Shoreditch, with excellent organisation from Adidas city run, I am thoroughly looking forward to taking to the streets of Fulham in March. 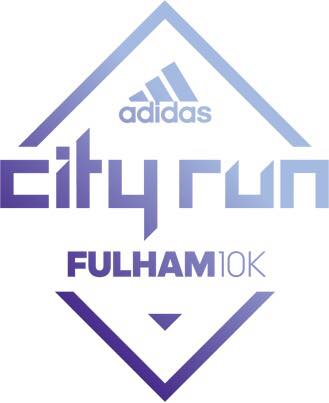 London Landmarks Half Marathon is yet another brand new race I am lucky enough to take part in in 2018. Whilst many runners failed to receive a space, I was eager, ready and waiting once I knew when the registration was going live. If it was a case of fastest finger fast, my finger was on the buzzer minutes before others – as I successfully signed up within minutes of the race going live. Running through the streets of Westminster, many of which I would have covered whilst running the London Winter Run and the London Marathon, this race will again pass many of the iconic London landmarks. Also boasting a flat route, I am happy to be one of the 10,000 runners who managed to obtain a space.

Bringing a little break to my running schedule I will be taking part in the Easter Walk run by Action Challenge   – 25km from Windsor, following the River Thames, passing through beautiful countryside and Windsor Great Park. Another opportunity to add miles to my training plan before the big event just a month later.

THE ISLE OF WIGHT CHALLENGE! The big one for the year. 106km round the coastal path of the Isle of Wight. There are many options with this event, to take a 1/4 of the route or 1/2 the route, or to spread the total 106km over two days. But I did not pick this option. If I was going to challenge myself with something I said I will never do, I was going to make it as hard as possible. So I will be walking the full challenge with a target of 20-34 hours.

Shortly after I will be returning to the only OCR race I have signed up to for 2018 so far, Nuclear Rush. This will be my third Nuclear Races event and after Nuclear Blast in September I am ready to embrace the mud solo if need be. Racing at an OCR event never really sees you on your own and I look forward to taking on that Death Slide that was evidently missing from Nuclear Rush!

Vitality 10,000 was an event I missed in 2017. After running the London Marathon, holidays beckoned which clashed with this event. So, I made sure not to miss it in 2018 and these guys made it hard not to, by sending out a early bird discount to entice me to sign up (it worked). Another first for 2018, I am very much looking forward to this one.

Nine events have been confirmed for the first five months of 2018. That’s a lot of miles, a lot of commitment and lots of training needed. This is without thinking beyond to those races I have yet to sign up for: Great Newham London Run and the British 10k, for example, are most definitely on my radar – along with others I have not given thought to yet.

The fact of the matter is – I need to get myself in gear. I have not run for several months, relying purely on spinning classes and walking. Although it is great to still be moving, the lack of running has instilled a level of fear of putting the running shoes back on, at pounding the streets, the dark, the cold – you name it, I am fearing it.

So in the New Year it will be time to take off my scaredy pants and get back to it.