When I heard I had a place in the London Marathon back in October 2016 I made the most sensible decision to stop my boot camp membership.

With the long gruelling months ahead, getting the miles under my belt, I did not have the time to think about the comfort of the group boot camp sessions or risk injuries running around in the mud with others.

The prospect was daunting, going out alone and attempting to keep myself motivated. Let’s face it, trying to push yourself when you know it is you and you alone, when there is no one to keep you going at your lowest moments, having no one to talk to, it’s is almost as hard as the training itself.

That said I quickly got used to my own company, and once the London Marathon was complete I did not rush back into group sessions or classes. In fact, I continued running – though not to the volumes seen pre-marathon – I took myself off to the weekly Parkrun and I continued to enter in shorter races throughout the summer. 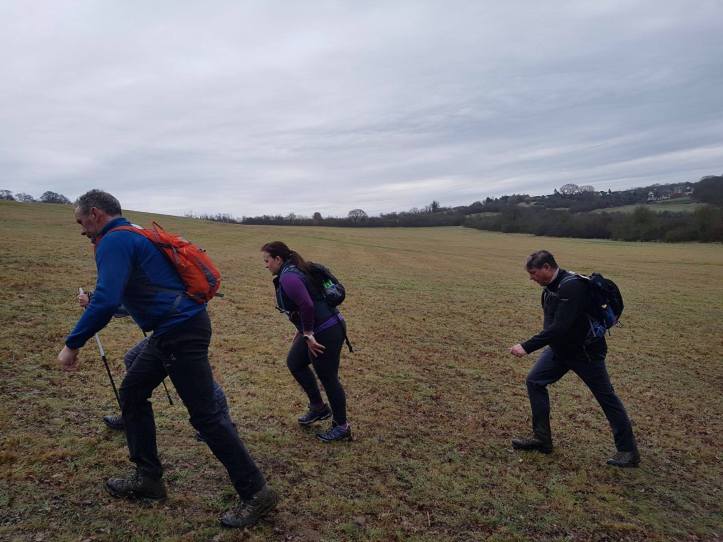 When the weather started to change, and the cold, dark nights drew in I longed for some company and the motivation to keep me going. I changed my gym membership and discovered some of the best Spinning classes which also allowed me to interact with fellow fitness enthusiasts again!

At the same time I quickly signed up for the Isle of Wight Challenge after a friend sent it over to me as a suggestion.

I did not even think about how I was going to train for the challenge. I was used to spending the winter months training alone. So I just got into the swing of long walks straight away.

However, once Christmas and New Year had passed, those friends who had also signed up started to get into the training mindset. Planning walks, discussing tactics and even their kit.

I found myself on my own less and less. Long walks started to get scheduled in once a month – with our first group walk being a massive 20 miles.

From then on we have found ourselves frequently donning the walking boots, early on a Sunday morning. Sometimes walking the longer distances along the river into London, sometimes a shorter rural, yet hilly, route through Epping or Hatfield Forrest.

What I have discovered over the most recent weeks is that I missed having the company whilst training. The London Marathon taught me that I don’t necessarily need it to get the job done, but having someone beside you, someone to talk to, people to keep you going just makes training less of an arduous task. I find myself thinking less and less about the miles we have to cover due to the fact that the company is so enjoyable, time flies by with everyone pushing each other to keep going and the camaraderie is something special.

With many, many more miles to go before we take on the 65.8 miles I feel so comforted knowing I am walking with great company.