We are well into 2018 now, so the training sessions will naturally start to get harder and the training walks will become longer.

Sunday saw me take on my first training walk in a group. Most training walks I have completed and sessions I have taken part in have been solo. After training for the London Marathon last year I found great solace in training by myself – so I no longer find the prospect daunting.

That said, the Isle of Wight challenge will be something I have never experienced before and therefore I have signed up with a team of old Boot Camp pals. After all, at times there are comfort in numbers, and after completing 24 hour challenges in the past I know for a fact having people around in the small hours of the night will give the fight I need to carry on through to sunrise.

So, myself and four others set off bright and early on Sunday morning to get our first long walk and group training session done.

Meeting at Harlow Town train station we made our way south along the River Stort. Following the river path down to Dobbs Weir, before picking up the River Lea heading north all the way to Hertham Common in Hertford and back again. 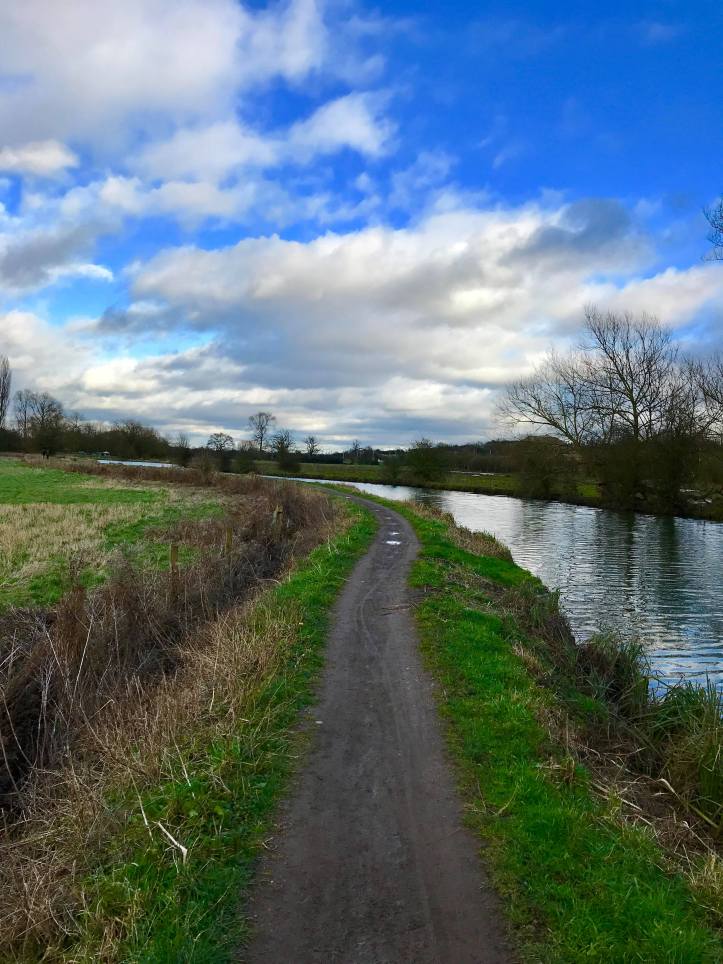 It was a pleasant, peaceful route. Rather desolate at 8am, meaning we made great pacing on for the first few miles (though perhaps a little too fast), without having to dodge others walking dogs, running and cycling.

At 10 miles I began to realise we were making good timing, completing in 2 hours 45 minutes, with very little discomfort. Walking so far felt so much less of a strain than running would. I was feeling rather good. 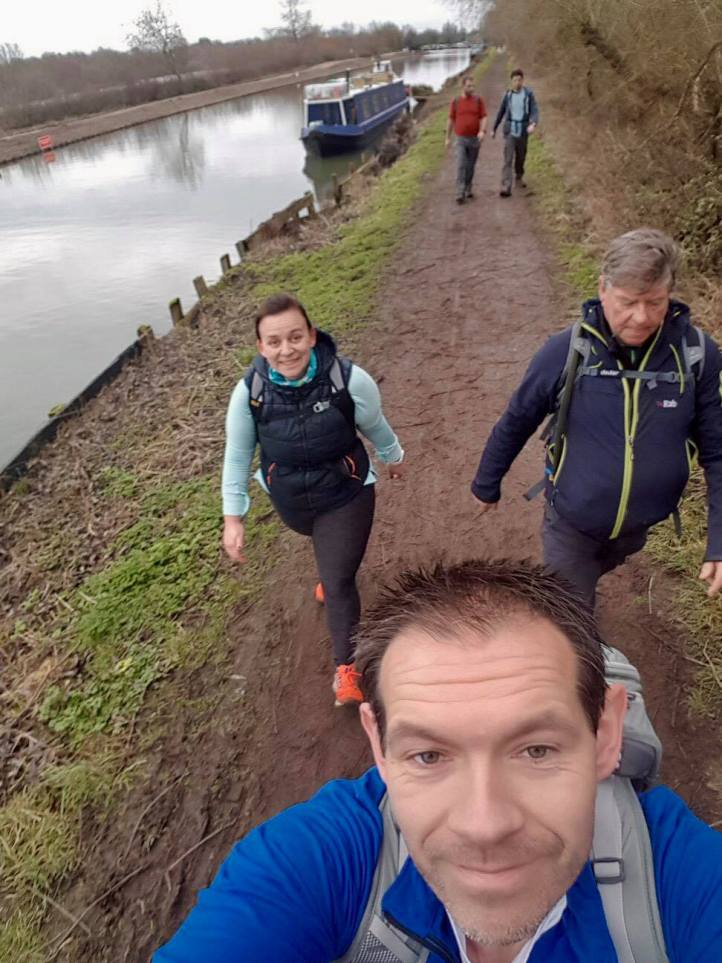 At 12 miles we decided it would be a good time to stop for some refreshments. By this point we were heading back southwards along the River Lea and to the little town of Ware. A perfect place to stop off, have a light bite to eat and use the facilities. Less than an hour later we were on our way again.

Though it was not long before I started to feel rather ill. During our refreshment stop I felt that poached eggs on toast would be perfect to keep me going. Yes – I felt rather energised in the first instance, but several miles into the walk back I felt this choice repeating on me – but we powered on.

Before we knew it the home stretch was approaching. Some of us used this as an opportunity to push the pace, where as some just remained steady. I was somewhere in between.

It was at this point that I started to think about how I was feeling. I was asking myself questions. Was I in any pain or discomfort? How was my pacing? What do I need to think about for the next long walk and the event itself?

Pain wise, I was suffering ever so slightly with my hip due to an old groin injury – but this was mild and manageable. My hands seem to be suffering more than anything else, in the last four miles they had become swollen and rather stiff, with my fingers resembling chipolatas. Nothing was stopping my circulation, and it seems others had the same issue – so I need to look at what causes this and ways to prevent it happening again.

Pacing – was fluctuating depending on who I was next too. Mostly I was in the middle of the pack so it was pretty steady. Nothing to cause any concern.

There were many things I need to think about for next time. Nutrition, as always, is a problem for me. I can never seem to eat early in the morning pre-training. So I need to ensure I think about snacks that will keep me going. I also need to think about the food I take on board during training. The eggs were simply a bad choice! Something simple like toast would have been a much easier on the stomach.

My clothing is something that definitely needs to be addressed. Luckily, we were blessed with perfect walking conditions, but who knows what we will face on event day itself. I know for a fact that my current running trainers, socks and trousers will not be suitable attire for the big day – especially if it rains. So my plan of action is to look into purchasing some ugly walking boots or shoes, walking socks and water proof trousers. With our unreliable weather you just don’t know what you will face. 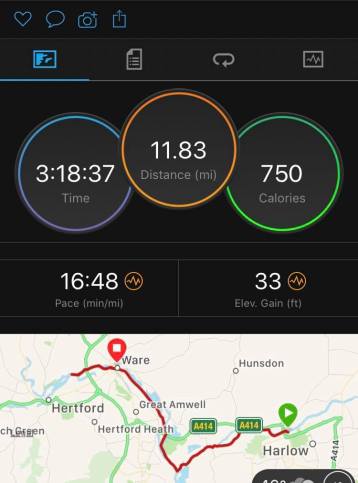 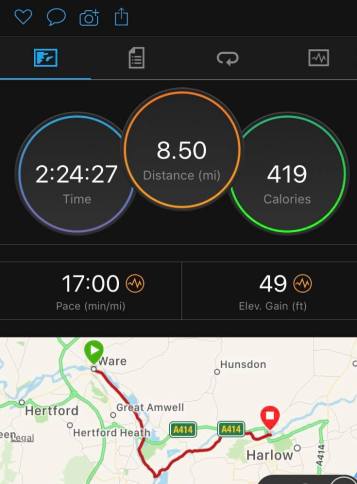 We arrived back at base after completing the 20 miles in 5 hours 42 minutes, rather exhausted but exhilarated at the same time. It had taken a great portion of our day, but to have completed this distance so early on was an incredible achievement for all.

So, in our usual spirit, we had a celebratory drink before heading home for refuel and rest – ready to tackle the next long walk in coming weeks!

Training is made so much more enjoyable with great company!