Time Out in Dublin

It has become a tradition, at this time of year, that I plan in a short break. The post exhaustion of the Christmas period sets in and I always feel the need to get away for just a few days – completely switch off.

When I was toying with the idea to book a trip this year I was in two minds – I have the London Marathon to train for after all. I thought taking a break at this critical time would have a detrimental effect on my training.

Thanks to the Black Friday sales with Ryan Air the decision was taken out my hands. £30 return flights to Dublin – I would be stupid to turn that down especially as it was a city on our Bucket List.

So, perfectly timed after the London Winter Run, we packed our bags for a whistle stop break of Dublin. In the weeks leading up to the trip I logged onto Strava planning out routes around our hotel – determined that I would wake early and get a run or two in before the day of sightseeing begins. I even packed my running kit.

All the best intentions were there, but I enjoyed the ability to have a lay in without getting up and prepping for a run. I enjoyed a lazy Gluten Free breakfast from the buffet at the hotel. And then I went on to enjoy each day we were in the city, wondering round taking in all the sights.

Despite not training, I moved. We were there for two full days, then flew back home on the third, covering over twenty miles of walking. Like me, Ross is very happy to wonder round a city on foot (as long as I make sure he is fed and watered). You see more and it keeps us active whilst indulging. 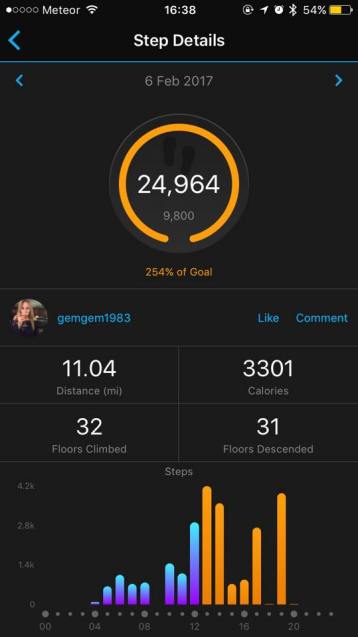 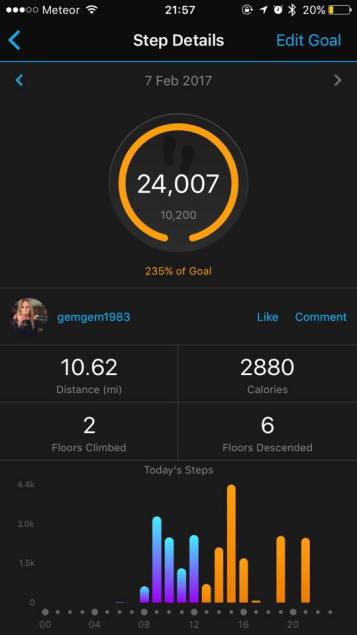 The first day we arrived at our hotel by late morning. After checking in, and scoffing at the concierge after he suggested that the Guinness Storehouse was way to far for us to walk it, we headed in that direction. Slowly making our way through the city, having lunch and pausing for some pictures at St Patricks Cathedral, Dublin Castle and Town Hall, we made it to Guinness Storehouse at 2:30pm (earlier than our planned 4pm tour). It was no problem – we were happily accommodated and enjoyed a good two hours soaking up the history of Guinness, shown how to taste it and even given a full pint each at the Gravity Bar – whilst enjoying the panoramic views the bar had to offer. 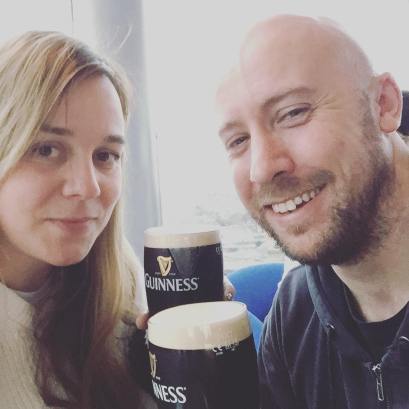 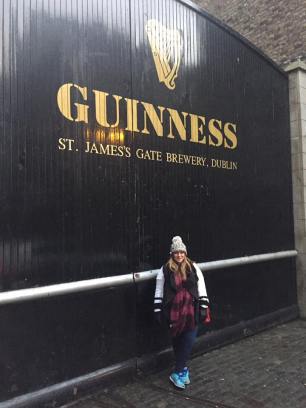 Exhausted we made our way back to our hotel, via the Bull and Castle restaurant (I had promised Ross a steak dinner for all the walking).

The day ended with a quick dip in the hot tub, just what I needed to help my achy muscles after the Winter Run the day before, and then bed – where I had the most peaceful nights sleep. Nothing like an exhausting day sightseeing finishing with hot tub time to knock you out.

The second day we had planned a lot of the same, sightseeing and a Teelings Whiskey distillery tour. One thing is clear in Dublin – alcohol is big business! Making our way through the city via Trinity College and stopping at The Rolling Doughnut for the best cinnamon sugared doughnut I have ever tasted (not Gluten Free – but every now and then doesn’t hurt), we finally arrived at the distillery. 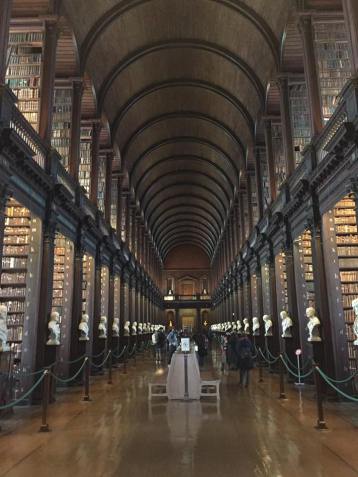 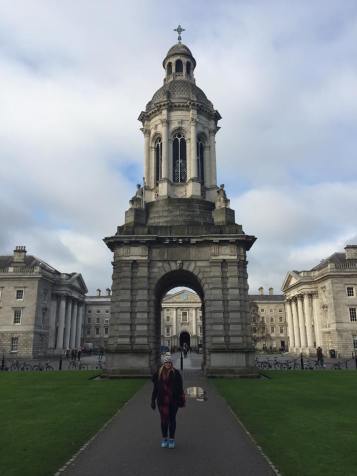 Whiskey Tasting at Teelings was an experience in itself. I would recommend any Whiskey fans taking time to visit the distillery if you are ever in Dublin. I tried, but I don’t think Whiskey is ever going to be for me. But it was fun all the same.

More walking back through the city to the hotel, so we could have a quick nap. Refreshed for dinner we discovered a lovely Thai Restaurant near the Temple Bar area, before returning back to our hotel for the evening.

The last day we only had a few hours to spare. So after breakfast we wondered down to Merrion Square, as I wanted to see the Oscar Wilde memorial. Then before we knew it it was time to head home.

Was I disappointed I didn’t get a run in? No. The only thing I regret was packing all my running gear; the trainers came in handy for walking round the city but the rest of the kit was just wasting space in my case.

I came back from Dublin a little more relaxed, rested and ready to take on the long miles that are ahead. So sometimes, even though we don’t want to rest, it is the best thing we can possibly do.

You shouldn’t feel guilty about taking a break. Embrace it. Embrace the that time off to spend with loved ones, let your muscles relax and come back ready to put the runners back on.