When I signed up for Bear Grylls Survival Race, I was extremely excited. When someone famous puts there name against an event, you would be wouldn’t you. I watch many of the Bear Grylls programmes, so I suppose the expectations were high!

I had no idea what to expect from this, the teaser videos I had seen did not actually give much away in terms of the obstacles you were expected to face. I knew we would have to participate in survival challenges, but to what exactly they would be – none of my fellow racers had a clue. 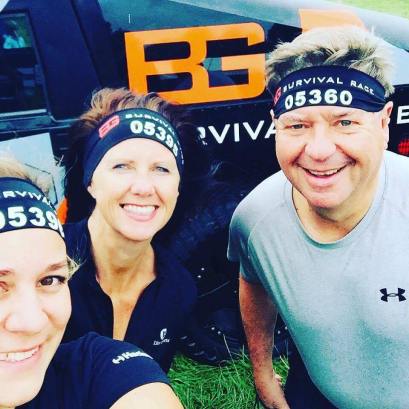 We arrived at the Wimpole Estate, on a very windy Saturday morning, in plenty of time for our 9:30am wave. This gave us ample time to suss out the “festival” and the obstacles you could see at the event village; where we saw the famous “Mountain” obstacle – which remained closed throughout the event due to high winds.

As with many OCR races I have completed, I expected an element of cross country running, obstacles, mud and water. What we actually experienced was more cross country running than usual; for the first ten minutes we spent running through the woodlands of the estate all we saw in regards to obstacles was a tree trunk placed along the footpath.

The obstacles themselves were very few and far between. Some were virtually impossible for most (rolling a boulder across the field, climbing ropes and then attempting a tight rope), so most got a “penalty” of bear crawling for not completing the obstacle. 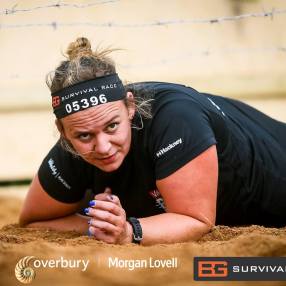 The majority of the better obstacles were within the event village, but to be honest I was far from impressed. Of all the OCR races I have completed, this was the most disappointing. There were more tasks than obstacles, with Jerry Can and Hammer carries seeming to be thrown in wherever possible. There was no mud and only ankle deep water. The obstacles in the event village were of good quality; however the biggest attraction was closed.

I finished this race extremely deflated. This event cost a fair amount to participate, the additional charges were completely unnecessary (£15 for spectators and £10 for parking), obstacles were closed and there was no sign of Bear Grylls himself.  We did receive an email in attempt to redeem themselves a few days later – stating we could attend a future event for £25, due to the fact that they had to close the obstacles. However, with the Summer fast coming to an end the chances of the weather being suitable for all obstacles is fast dwindling and to be quite honest – I would rather spend my money elsewhere. 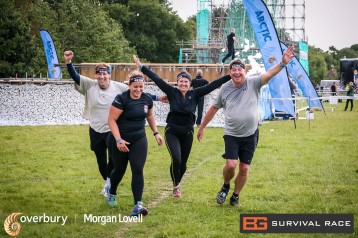 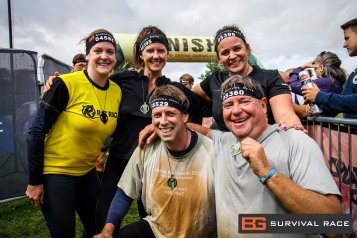 Although myself and my fellow team mates managed to enjoy ourselves together; I would not recommend this event. Here you are simply paying for the Bear Grylls name, that’s it. The only pro being that you get free event photos – not that there were many obstacles to photograph.

There are far better organised and planned out OCR races that I would advise others to sign up for. I have never finished a race of this type almost completely dry and mud free.

Maybe if they were to make vast improvements I would consider running this again – but not as it stands. It seems I am not the only one who has such opinion either; with other racers taking to social media to express similar views to mine. Enough said!

With a couple of 10k races left this year, including what should be a very muddy, challenging OCR race with Commando Series – I have more opportunities to get dirty before the events of 2017 kick in.