Top Things to do in Istanbul

Six years ago today I was jetting off to Istanbul, for a trip that promised rich history and culture.

The city, formally known as Byzantium and Constantinople, lies across two continents. One part of Istanbul lies in Europe, with the other in Asia – separated by the Bosphorus straight. The 31km waterway not only connects the Black Sea with the Sea of Marmara, but it also acts as boundary between the two continents. 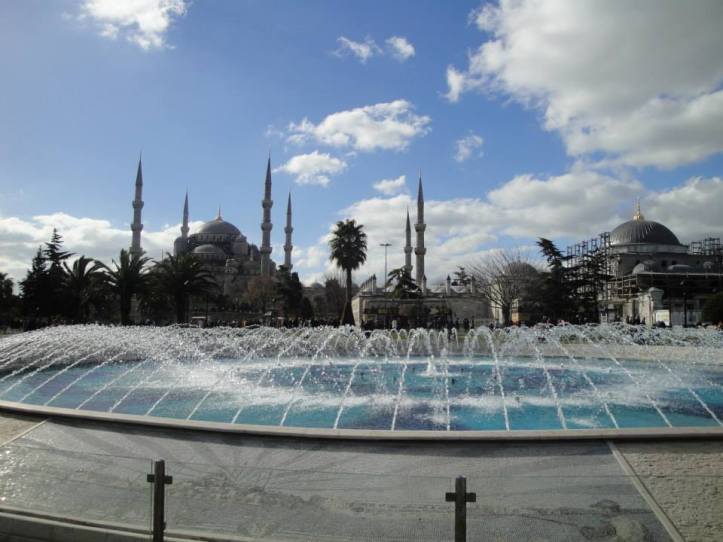 During my two night stay, I spent my time on the European side, which had a number of iconic attractions to explore.

A trip to Istanbul would not be complete without taking time to appreciate the Sultan Ahmed Mosque (“The Blue Mosque”). Built between 1609-1616 it remains a functioning mosque to this day, attracting large numbers of visitors every year. There are two stories that surround it’s name, with the most common is that it’s interior is covered with Blue İznik tiles. The other story is based on ancient sailers, who sailed by the mosque on the Marmara Sea, saw the blue colours of the sea reflected in the mosque.

When visiting it is important to bare in mind the dress code; men must wear long trousers and women need to cover their hair, arms and legs from the knees up.

Before becoming the museum it is today, Hagia Sophia was formerly part of the Greek Orthodox Christian patriarchal cathedral. Constructed in 537 it was the World’s largest building and an engineering marvel of it’s time.

With the interior composed with 30 million gold tiles and a wide flat domed roof, it is a building that is not only iconic, but simply stunning. It is a sight in Istanbul that cannot be missed.

Once home to Ottoman Sultans between the 15th and 16th centuries, this grand palace is a popular attraction within the city. The grounds within the palace walls include myraid buildings, courtyards and royal chambers – all finished with Iznik tile work and rather opulent architecture.

In visiting the palace you will learn the history of Turkey and the Ottoman Empire in Istanbul. And, if you have a little extra time, perhaps book a guided tour, which will allow you to skip the long entry lines and give you a more comprehensive experience of the palace. 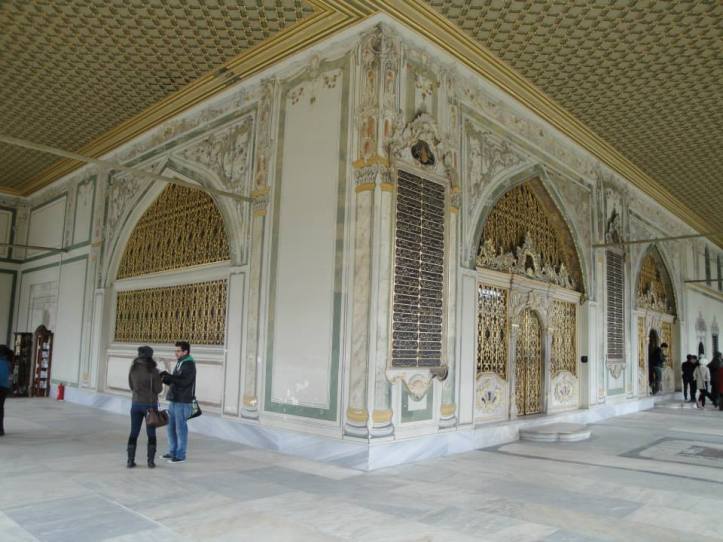 The Grand Bazaar is the world’s biggest and oldest covered markets. Covering 30,700 square meters with over 60 streets and alleys, it is a place where you can pick up a great bargain, but it is important to know what is worth purchasing and be prepared to haggle! 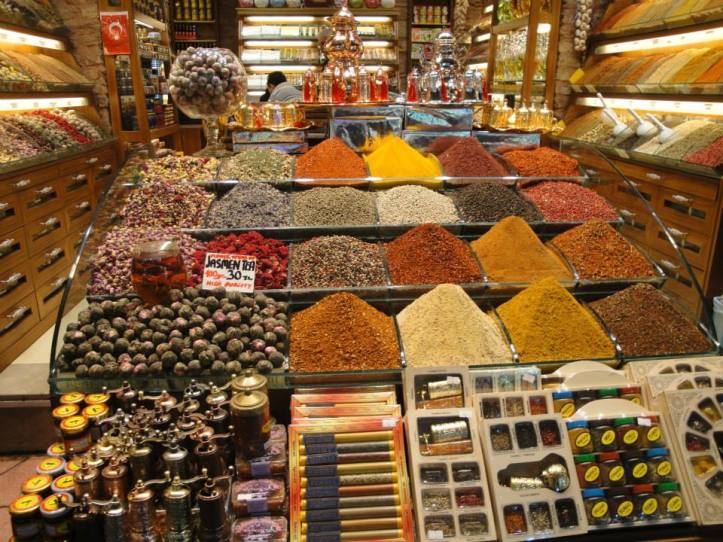 Whilst visiting we saw numerous shops offering jewellery, antiques, carpets, leather goods and spices. Even if you are not intending to make a purchase, a visit to the Grand Bazaar is recommended.

Located just a short distance from Hagia Sophia you will find the Basilica Cistern – the largest of several hundred ancient cisterns that are found below the streets of Istanbul. For just €10 you can visit the Underground Palace and experience this vast cistern. Measuring approximately 452ft by 212ft and holding 80,000 cubic metres of water, the ceiling of this impressive structure is supported by 336 marble columns. 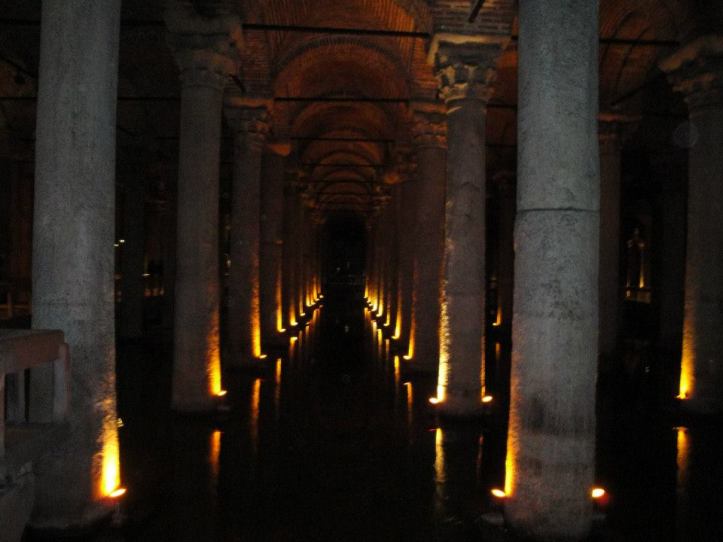 In the heart of the Old City you will find Sultanahmet Square. It is here where you will not only enjoy picture perfect views of both the Blue Mosque and Hagia Sophia, but you can also find a number of historical sites, cafes and shops within easy reach too. Allow plenty of time to take in the atmosphere and, if the weather allows, simply take an alfresco lunch whilst enjoying the sights.

The city has a great deal to offer tourist by both land and sea. If time allows, taking a short (and reasonably priced) trip along the Bosphorus is a great way to get a different view of Istanbul. 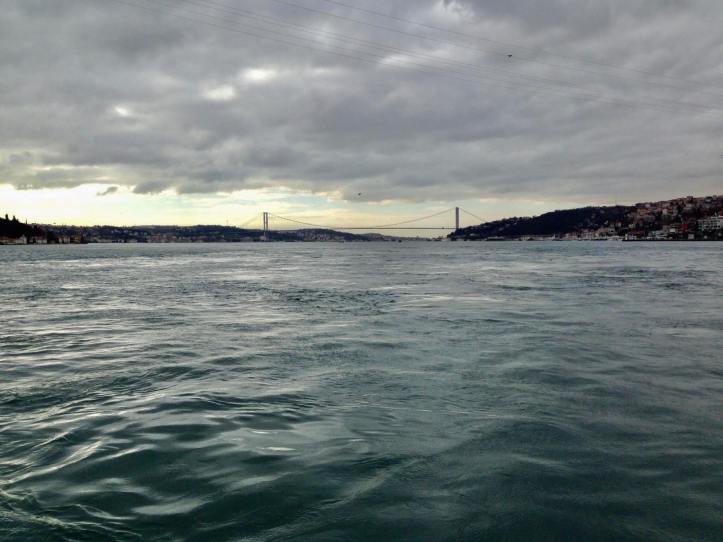 When we visited, in the height of winter, the bitter cold did not hinder our experience. We sailed along the shore taking in the views of the palaces, luxurious hotels, fortresses and even expensive homes of the wealthy inhabitants.

Located in the Galata quarter of Istanbul the medieval structure was used as a watch tower to defend the city. Today you can head to the top of this 220 feet tower to appreciate a panoramic view of the Blue Mosque and surrounding buildings. 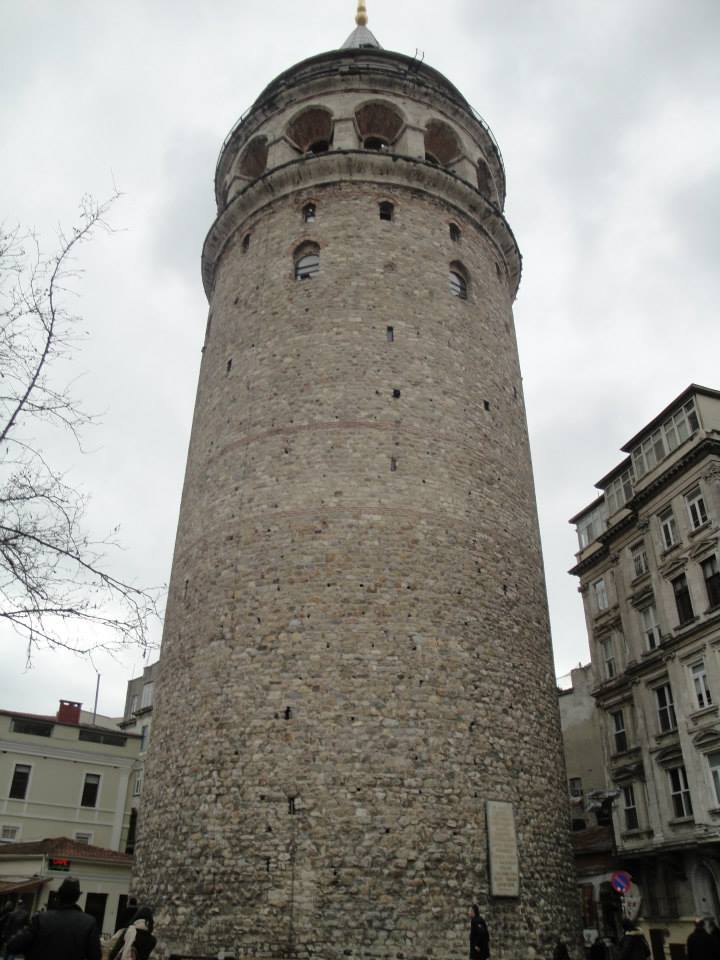 It is recommended to try visiting at both day and night to enjoy the city from both perspectives.

After experiencing a Hamam during a previous trip to Turkey, this was on the top of my list of things to do during my stay. Luckily our hotel provided this service so a “Traditional Style” Hamam was booked in. This is the one to book if you want the real Turkish bath experience. During the session, which takes place in an impressive marbled room, the attendant washed, massaged and scrubbed, including my hair, before a final soapy wash followed by a cold rinse. It was by far on of the most relaxing and luxurious experiences I have had whilst on holiday, resulting in a restful sleep (before the call to prayer at 6am).

Although you can easily fit in the main sights within a weekend, if you too are time restricted then the “hop on, hop off” bus services are worth considering.

My short trip to the culture filled city meant that I did not manage to see everything Istanbul had to offer, so I have no doubt I will incorporate it into another trip in the distant future.