Nuclear Races – The Big One

On Saturday 19th May, when most were sipping on mimosas and watching the Royal Wedding, others were preparing for epic muddy fun at the Nuclear Secret Bunker.

For the first time, on a morning of an OCR race I woke to bright blue skies and promises of soaring heat. A perfect day to run a obstacle race, without fear of freezing after the water obstacles and, due to the lack of rain in the lead up I thought there would be less mud.

Boy was i wrong.

After a quick warm up, we were on our way and straight into the boggiest, stinkiest trenches you can imagine. Whether they were this way naturally or the event organisers ensured they were extra muddy, either way most participants were covered with mud within the first 5 minutes and the theme continued throughout the course.

This race was called the “Big One” and it certainly lived up to its name. With a choice of 7km or 12km participants were faced with numerous obstacles, from natural muddy trenches and fallen tree trunks, to adrenaline fuelled zip lines and monkey bars over undulating terrain, there were challenging obstacles galore.

I was particularly excited about the “Lake” section of the course. Here participants had numerous water obstacles including the famous Death Slide. With the weather being so delightful the lake provided a refreshing break from the heat and mud. Previous OCR races have seen me shy away from many of the water obstacles for fear of remaining cold. This time round I embraced them with gusto. 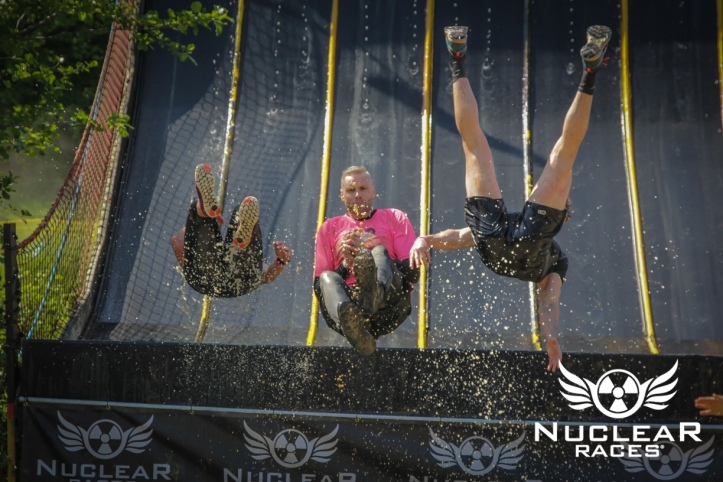 The Zip Line and Death Slide in particular were exhilarating – two of the obstacles I would quite happily enjoy over and over again. I definitely need further practice on the Death Slide, as where other racers remained upright, I entered the lake with an almighty back slap and gave myself a bloody nose in the process. 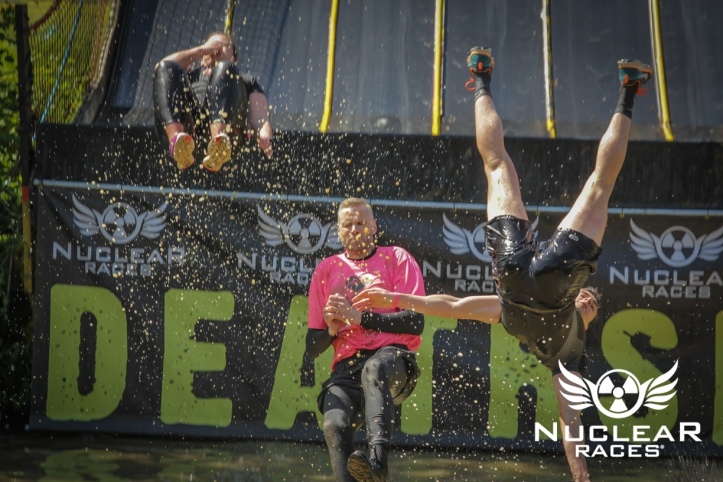 For the second time I completed the 7km course alone, finding my own company and the ability to run at my own pace quite refreshing. To not have the pressure to keep up with others, to skip obstacles I was just not that comfortable with and to overcome many on my own was rather invigorating. That said – as with all OCR races – should you find yourself struggling there is always a stranger who will give you a friendly shove. The only place were it is socially acceptable for a stranger to have their hands on your backside and you actually appreciating it.

As with all Nuclear Races there is no pressure to complete all obstacles. If there is something you are not comfortable with, you can simply skip it without judgement or ridicule. I attempted around 90% – skipping the cargo net (I still have issues with cargo nets after Rat Race Dirty Weekend), and a few of the final obstacles where the panic of having too many people around when attempting something at height brought me out in a sweat.

What makes Nuclear Races so great is the way that no matter how many times you have taken part, you can never get bored. The route is always planned down to the minute detail, the organisation is always first-rate and the finish is always epic. The Big One saw a new addition, with participants sliding face down on a water slide to the finish line. A great way to end a race on a hot day. 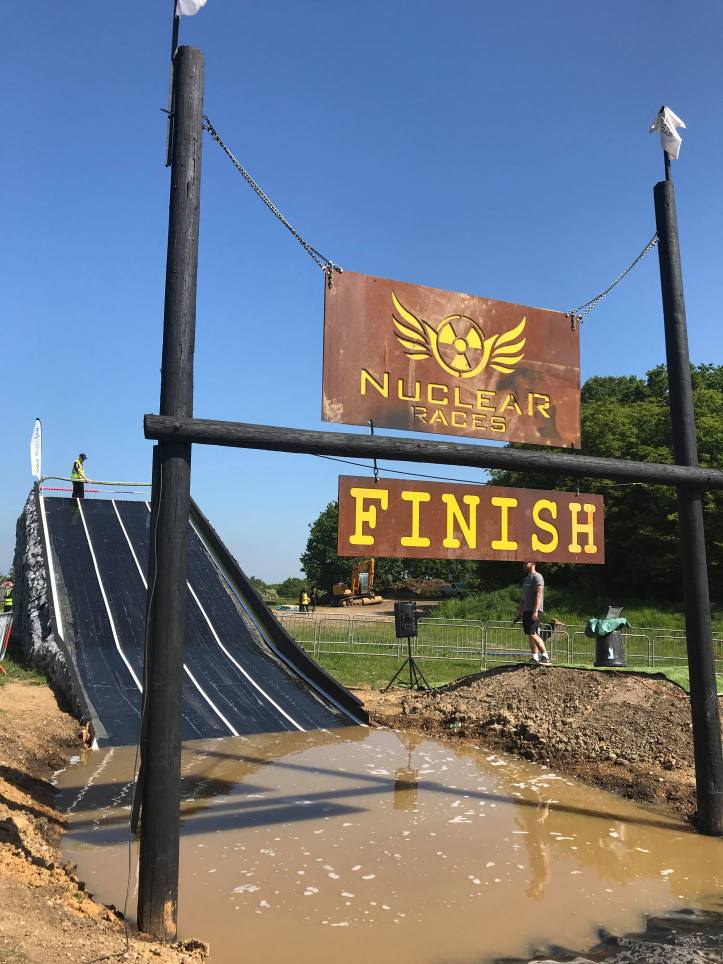 Yet another thoroughly enjoyable race day at the Secret Bunker!

In the lead up to the day I stated that the Big One would be my last OCR race, that I would be hanging up my muddy trainers and sticking to road races.

However, less than 24 hours later, whilst admiring my OCR kisses, cuts and walking around the house on stiff achy limbs, I signed up for the Big One in 2019. Though next year, I will have to spend more time preparing for the race itself – after all hauling your own body weight over many obstacles takes strength, something I was definitely lacking after less time dedicated to training recently. 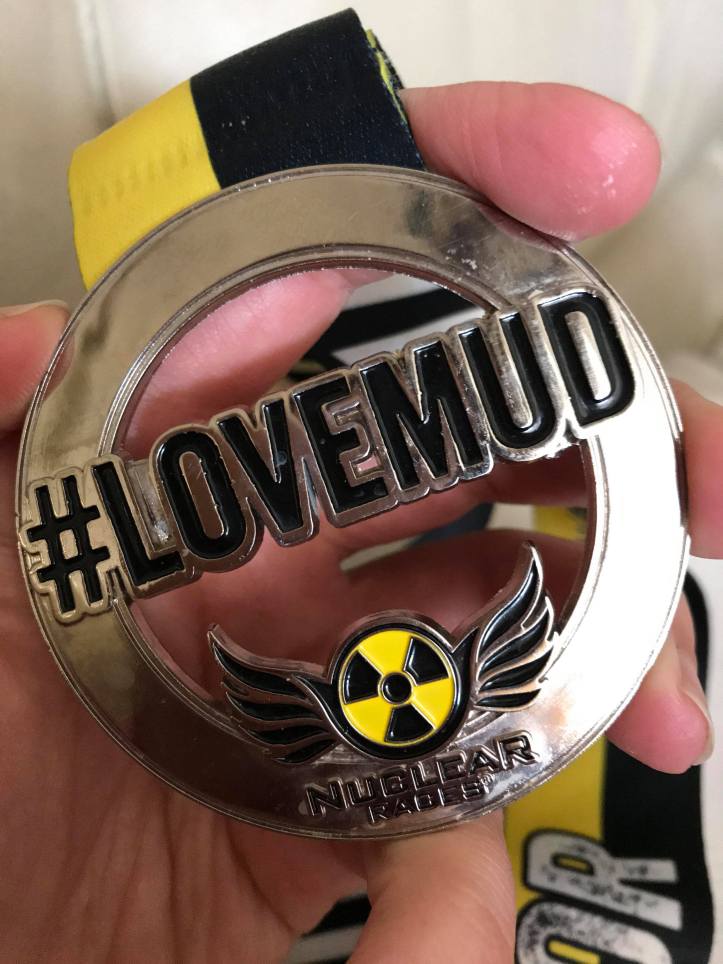 It is clear to see why Nuclear Races are known for their award winning fun. The atmosphere, the adrenaline and the spirit from organisers and participants alike is second to none.

If there is one OCR race I would happily be addicted to it is certainly those you can find at the Secret Bunker.