The London Marathon: Being a Spectator

In previous years I have watched the days events from the comfort of my sofa – which I now know does not really give you the full experience as watching from the sidelines.

After running London in 2017 and experiencing the support of the crowd, I did not think twice about returning to the streets this year though as a spectator, rather than taking part itself.

I have always been told that even as a spectator, the London Marathon is one of the most enjoyable live events you can witness. And yesterday I discovered how true this was.

Heading into London rather early in the morning, I shared the train with numerous runners proudly wearing their bibs and timing chips – but looking rather apprehensive. I looked at them with immense admiration, knowing exactly how they would have been feeling. I too faced the long journey to the start line just 12 months prior.

On arrival at Liverpool Street station I decided to re-trace some of my marathon steps, whilst there were very few people roaming the streets. And in doing so, I was able to see the parts of the marathon set up that runners would never really see; from the final barriers being put in place around the Tower of London, the charity cheer stations on Tower Bridge setting up ready for the thousands of runners and even the water hydration stations unpacking so many bottles of water in preparation. I enjoyed the quiet time reminiscing – along Tower Bridge, where I can still hear the cheer of the crowd, down Tooley Street towards Bermondsey with the target of finding a good spot near Cutty Sark.

As I walked, I was flooded with emotion – it felt like it was only yesterday. There were some parts I remembered so vividly. Other parts, not at all.

Whilst I was making my way, trying to find a good spot, the wheelchair race – which had started way before the masses – had reached Bermondsey. So I was delighted to cheer the participants on. Starting their race so early meant that there were very few spectators out on the streets. So for them, with a lack of crowd to cheer them on, it must be a rather long and lonely race. 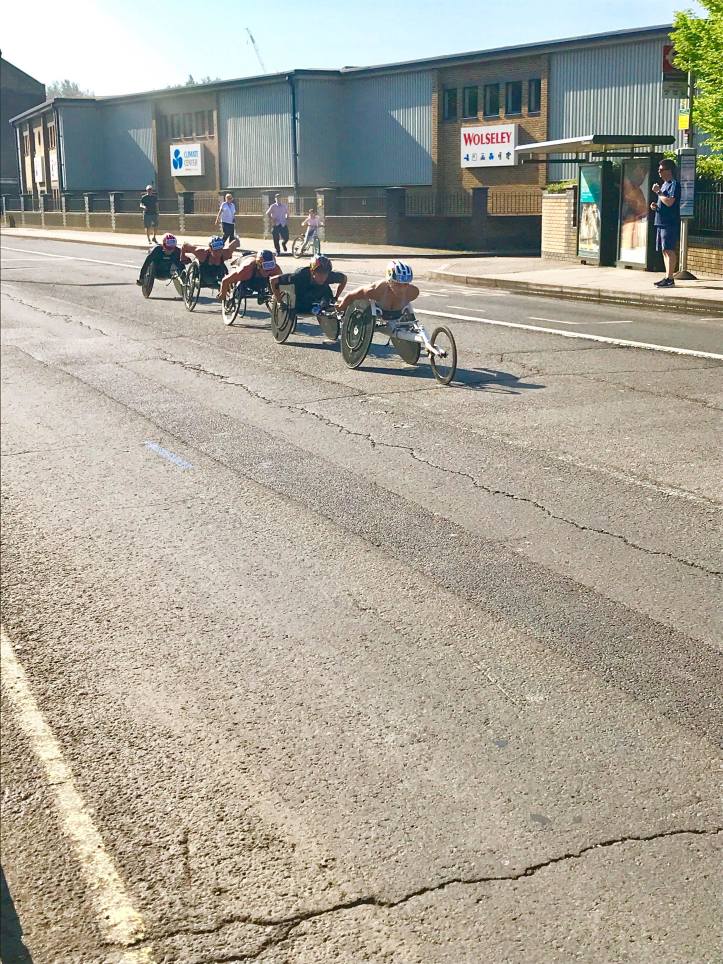 Shortly after the World Para Athletics runners reached the 8 mile mark, followed by the Elite Women’s – all of which I was delighted to witness. Watching on the TV you do not appreciate how quiet the streets are for all these runners, especially in the early stages.

I did not manage to reach Cutty Sark. As I approached the seven mile marker I noticed a significant change in the number of spectators lining the streets. So, remembering my friends were waiting for me around this point in 2017, I found a good spot right on the curb and waited to spot friends running the distance.

I did not have to wait long to see the legend that is Mo Farah. With the crowds screaming his name, he simply made running look effortless.

Following Mo Farah, and the rest of the elite runners, came the masses.

As a previous participant, I did not appreciate the sheer volume of runners that take part. Obviously I had a fair idea, waiting at that the greatest start line in the world, when it took a good 30 minutes to cross the start. However, watching from the sidelines, the runners just kept coming. And, at mile seven, in the 24 degree heat the runners already looked exhausted. If you were someone waiting to spot a loved one running within the faster groups you would have had some difficulty. 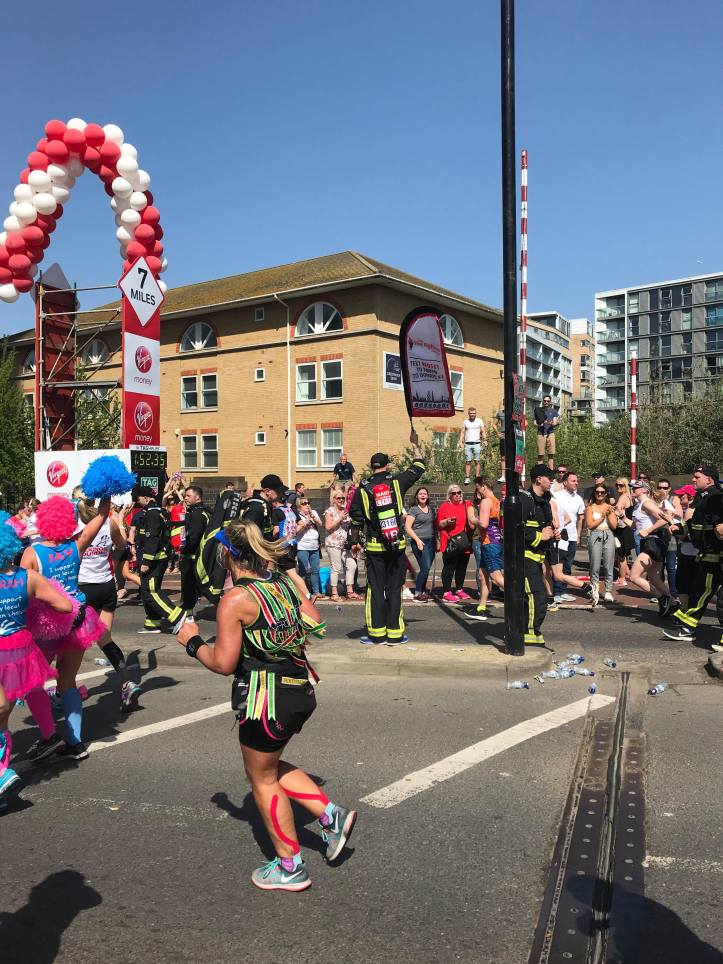 One friend passed me without me spotting her despite looking out for her charity T Shirt. I blinked and missed her, the app stated she had passed me by one mile. Many others had the same issue. You begin to understand why some wear costumes, so those waiting at the sidelines can spot them without issue.

With the speedy runners passing by, the crowd soon started to thin out with the regular runners. Those runners that form the majority. The runners who would not finish under four hours. The runners like me.

The thinning crowd made it much easier to spot a friend, give her a hug and tell her she was amazing!

Watching her run off made me remember seeing my loved ones in 2017, the simple joy of seeing a friendly face in a crowd of thousands and have them scream your name.

After seeing her on her way my plan was to follow her along her journey. What I did not comprehend was the sheer volume of spectators that had the same plan.

Trying to get out of Greenwich required either a 40 minute queue on the DLR at Cutty Sark or a walk under the Greenwich foot tunnel. I chose the latter, preferring to walk than stand in a queue.

Reaching the Isle of Dogs at 1pm saw me catch up with the faster runners and therefore the crowds too. With no chance of getting a good viewing spot I attempted to head further. Jumping on the DLR, watching the runners in the streets below was something else. The sheer volume of heads bobbing around Canary Wharf and seeing a normally derelict area of London on a Sunday afternoon alive with thousands upon thousands of people was something to be seen.

Back at the Tower of London I attempted again to find a spot – but it was almost impossible. At this point I decided to head on home to watch the coverage of the day on TV.

The day is just so special, for everyone. Seeing so many runners battling out on course, in conditions they were not able to train for, experiencing the immense numbers of spectators and seeing London’s streets come alive on a Sunday, was something everyone should experience in their lifetime.

The atmosphere and spirit truly brings London to life. It makes me extremely proud of our city and everything it stands for.

It was a rather emotional day for me, despite not running. Retracing my steps, reliving the emotions and most importantly remembering the cheers of my Uncle in the crowd. To this day I can still hear him cheering me on along Birdcage Walk – something that will live with me forever.

As many friends prepared for the most amazing marathon in the world, and many other marathons too, I consistently said “never again.”

Now, after spending the day watching from the sidelines, I felt that pull. I wanted to be involved, I wanted to be joining those running the 26.2 miles in our amazing capital city. I wanted that adrenaline rush!

And it was then that I realised, I should never say never. As given the opportunity I would love to run the London Marathon again.