When I planned a short break to Boston eight months ago, I expected a city much like others in the USA – busy, loud and fast paced. What I actually experienced on arrival was so much different.

A smaller city to explore in comparison to the likes of New York, you can easily take four days at a leisurely pace and manage to fit in everything you want to see.

I made no set plan in the lead up to my trip. It was probably the least organised I have been when planning a holiday. Usually I have lists of sights to be seen and daily itineraries. Maybe I sensed the more relaxed city pace, maybe I was just happy to be away enjoying the company of the other half or maybe it was a mixture of the two.

Either way, I have never come away from a break to the USA with my head filled with so much culture and history.

As I mentioned, I did not plan out our days as I usually would, other than a half day trip. My other half had things he wanted to see, being a big sports fan, and restaurants he wanted to eat at after watching numerous episodes of Man vs Food! So we took each day as it came – we tried to get sights further away from our hotel ticket off first so we had more time to enjoy the area around our hotel – The Boston Park Plaza. 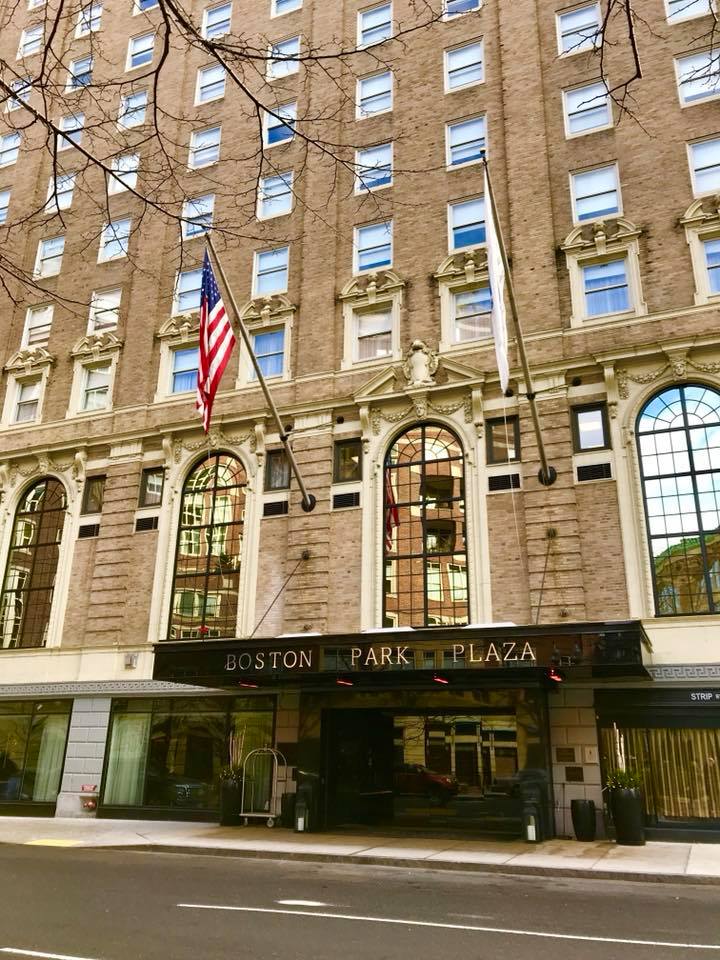 Day one was filled with a leisurely walk down to Fenway Park, which was obviously closed for the season, as this was one of the sights furthest from our hotel.

On our way back we strolled down Newbury Street, checking out what the shops had to offer. If you have been to Boston, you will know it is one of the most beautiful shopping streets you will encounter. Known as the “Rodeo Drive” of the East the street is simply enchanting offering a mix of designer and high street stores to coffee shops and restaurants.

By the time we had got back to the main hub of the city it was approaching the afternoon, so we took time to take in Boston Public Gardens and Boston Common. I had read reviews about spending a leisurely amount of time around this area, enjoying the sunshine, perhaps taking a Swan Boat onto the pond. At the beginning of February, although the sun was beaming, the opportunity to linger was not there. The pond was heavily frozen over and there were no Swan Boats in sight. That did not make a difference, as it was just as stunning to take in during the colder months as a imagine it would be in the Summer. Many adventurers were even walking across the frozen pond and making patterns in the ice – definitely not something I was prepared to risk even with my adventurous nature.

My favourite part of the Common was the “Make Way for Ducklings Statue.” Inspired by the children’s picture book by Robert McCloskey the ducklings were clearly feeling the sub zero temperatures as they were donning some rather fetching wooly hats to keep their heads warm.

After lingering on the Common a little too long it was time to defrost ourselves and we did so by heading over to the Harpoon Brewery.

Located on the Boston waterfront, the transformed warehouse space offers a fantastic tour, including tastings for $5. Here you can learn about the history of the brewery, the process and the opportunity to obviously taste the majority of their produce. Not a massive beer fan myself (I much prefer the rolling hills of a winery), I tentatively tasted a few of the offerings – preferring the ciders or fruit tasting beers they had on tap. The other half was in his element – I believe tasting every beer they had on offer during the tour. 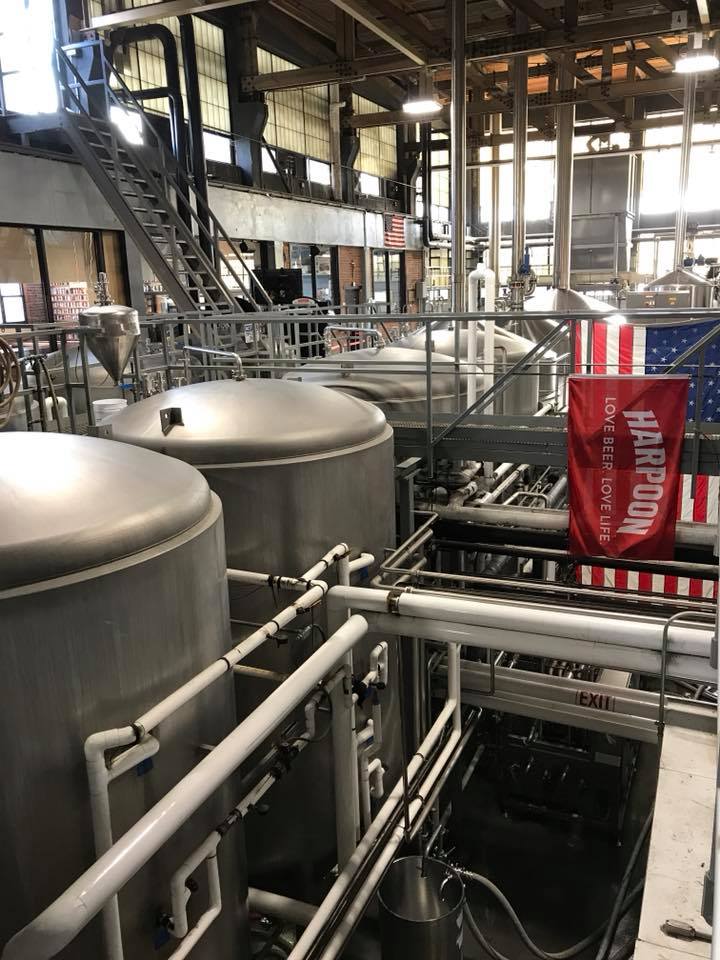 His tasting did not end after the tour either, stopping at the bar for a few more tasters (paid for of course) before having to drag him away for a light dinner and early bed (we were still on London time after all).

After a restful nights sleep it was my day to drag the other half to the sights that were on my agenda, mainly Harvard University. 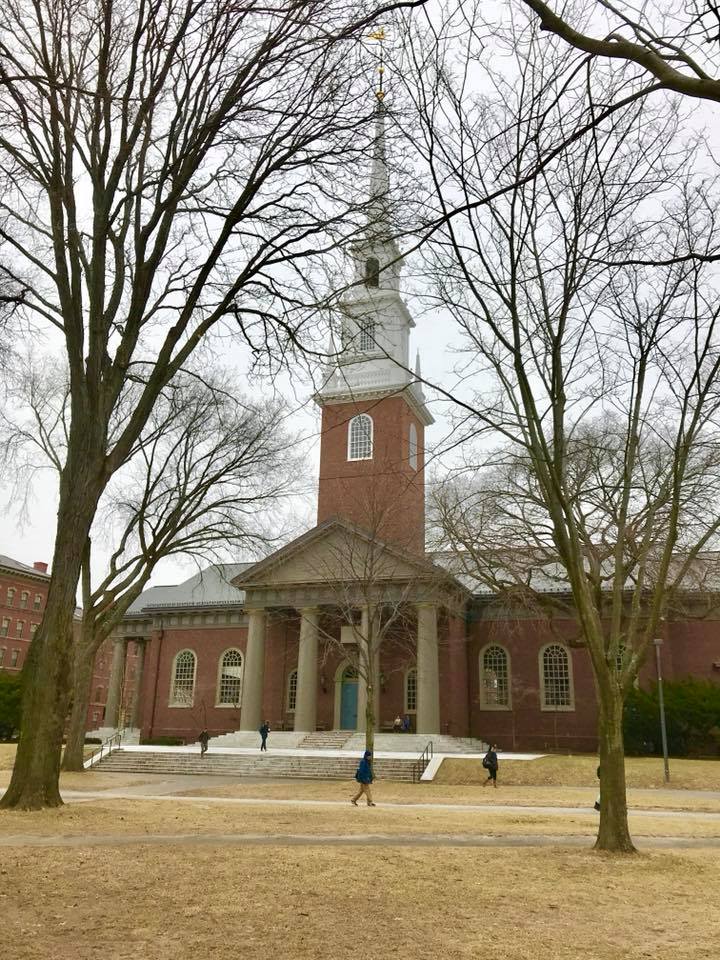 We took the T Train just a few stops to the prestigious Ivy league university to take in the beautiful architecture and history. Interestingly – we would find out the next day – the university itself is actually made up of 70% international students.

The university buildings, the surrounding architecture and the neighbourhoods in the vicinity were simply divine, I was quickly trying to work out which houses we could purchase as a holiday home – throw in the snow that was starting to fall and we found ourselves in one of the most picturesque spots in the USA.

We decided (well me) to walk all the way back into the city centre rather than take the train, so we could get more feel of the area – and I wanted to loop round to the Bunker Hill Monument. However, the beautiful gentle falling snow we saw at the beginning of our walk in Cambridge quickly turned into a snow blizzard in the space of twenty minutes. When they say snow is forecasted in Boston – they mean the snow is coming!

So we took a pit stop in a sports bar, just in time for the other half to watch the football game back home.

Eventually the snow blizzard turned to heavy rain and we decided, that night, to not stray too far from the hotel, get another early night so we were refreshed and ready for the half day trip booked for the next day. 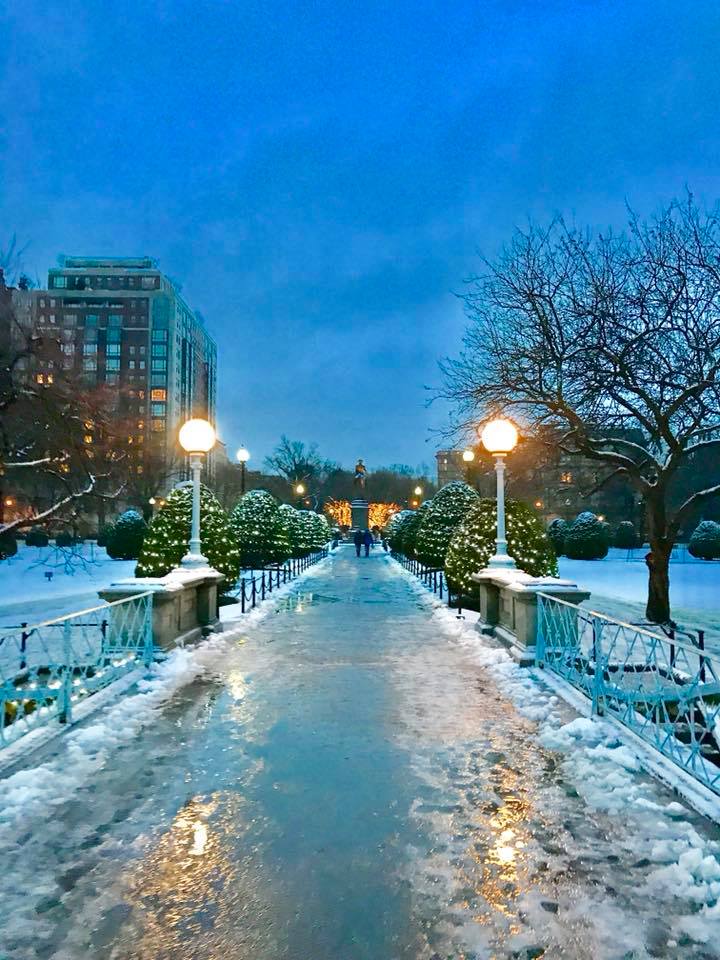 Day three was our bus trip to Lexington and Concord, via Harvard.

From the get go the tour we booked with Viator was superb. The driver and guide was clearly passionate about Boston, its surrounding areas and all the history it had to offer. We were bombarded for the whole trip with interesting facts and timeline of the American revolution and the Civil Wars.

We drove along the famous battle trail, following the same path Paul Revere took in 1775.

At Lexington Green the guide unfolded history, going into detail about the battle that took place here – where the opening shots of the American Revolution were fired.

We then continued along the path taken by British soldiers and the road Paul Revere took to warn Samuel Adams and John Hancock that “the British were coming.” Though this was not the phrase shouted, as legend leads us to believe.

The tour continued into Concord, stopping by Old North Bridge – the historic site in the Battle of Concord, the first day of battle in the Revolutionary war.

Along the tour we also passed the house of the famous Louisa May Alcott – the author of Little Women (a sight I was particularly interested in seeing) and the poet Ralph Waldo Emerson.

Soon enough our half day tour was coming to an end, so we were off down the pike back to the city centre.

Just in time for a spot of lunch at Cheers – “where everybody knows your name”.

Well they did not know my name, but I had the dish I had been craving for since arriving in the USA – Mac ‘N’ Cheese! I don’t know if it was freshly made or out of the box, but it was just what I needed after our morning tour.

The day concluded with more wondering round the city, trying to spot the things we had not managed to see, taking roads we had not walked down and generally working off the Mac ‘N’ Cheese on my part.

We briefly passed the Boston Celtics, but was rather disappointed with not being able to see anything without a tour. We passed the Massachusetts State House in all its glory, we wondered around Quincy Market – picking up souvenirs to take home – and generally strolled through the city back to the hotel. 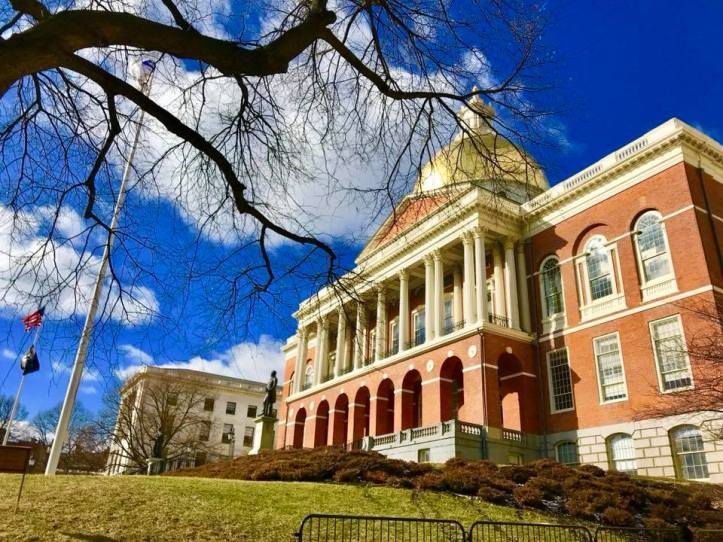 Our last night in the city, we headed for Maggiano’s Little Italy for dinner. A stones thrown from our hotel, it had mixed reviews. But for us, we saw no fault. The service, the ambience and the food were simply excellent. It was just what we needed for such a jam packed day.

Day four, our final day. As with all final days you do feel at a loose end. Hotel check outs usually are around 12pm and flights back to the UK not until later that evening. So filling your time, but at the same time being conscious that you cannot venture too far, means you have to fill your time wisely.

So we simply spent the last remaining hours at the Samuel Adams brewery. This free tour must feature on your list. Like the tour with Harpoon Brewery, you will discover information about how the brew is made and the history of the company itself. But what stands out here is the way it is delivered. The insightful, friendly staff have bounds of energy (or perhaps beer) and are clearly passionate about what they do.

With the free tour they offer tastings, which in our group being so early in the day meant plentiful amounts of beer and root beer for those not so keen like me. In addition for me, I discovered that there are beers in the world (obviously Samuel Adams) that I actually enjoy. It’s just a shame that they are not distributed to general sale – only at the brewery itself.

The tour was a fantastic way to end what was a whirlwind, culture infused city break. 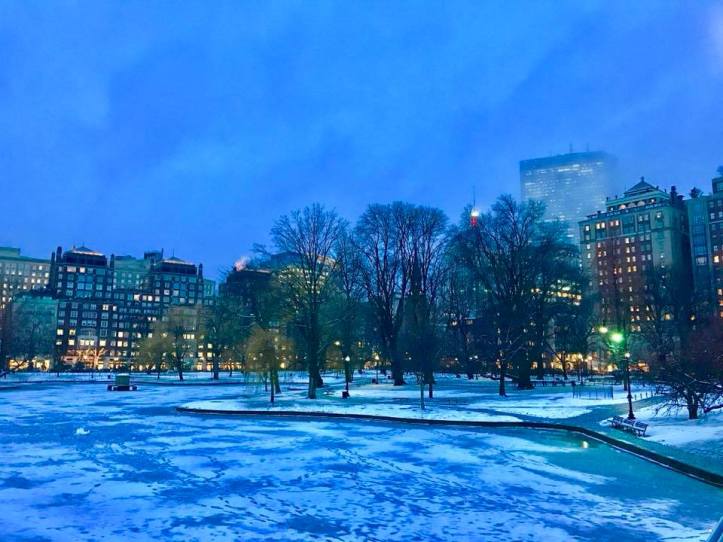 Boston you have fast become one of my favourite places!

If you are thinking about visiting. Don’t think about it – just book it!