Before I became a member of Regiment Fitness just over two years ago I was an avid Spinner. I would typically attend a Spinning class on average around five times a week. It was the one thing that kept me sane.

Sadly – when i stumbled across Regiment Fitness, the social life and the new friends it brought me – spinning was no more. I embraced the outdoor life.

At the beginning of the year however, I attended an independent Spinning session and quickly picked it back up again. My muscles remembered the joy of spinning and my mind was racing.

When a Pure Gym opened next door to my office in Southgate for £20 per month (including classes) I signed up without second thought. There were many Spinning classes available to me both before work or even during my lunch break. I reclaimed my Spinning Mojo.

Since my London Marathon was confirmed several weeks ago I have been spending a lot of time researching training plans to ensure that I give this my all. In my last blog post I mentioned that I will be freezing my Regiment Fitness membership after Christmas, and to replace this I am going to be mixing up my running with Spinning sessions for the duration.

My research, advice from my PT friends and my own personal beliefs all point towards Spinning being the best possible cross training activity to improve my running.

Lets go into the reasons behind this shall we?

Each spinning class is different – unless you have a very poor instructor (I have had a few of those in the past). You will often have a mix of flats and easy hills – often in the seated position, hence the sore butt the next day – which are usually at a steady aerobic level. Enough to raise your heart rate and get you warm, but not quite break out a sweat. According to my research this kind of activity activates slow-twitch muscle fibres and will help develop endurance. Perfect for runners.

During a class you will also experience the harder sections. The stuff that makes you sweat. That makes you feel like your legs are going to fly off. The stuff I love. The Sprints and hard hill climbs. This level of activity will enable riders to move into an anaerobic state of training which enable to fast twitch muscle fibres to be recruited. Entering this training zone will help runners finish strong and fast in races. For me, perhaps I will finish strong – but definitely not fast.

A bit obvious, but Spinning is a non-impact cross training activity. It gives a runner a break from high impact training. It is especially good at times when you have an injury or to give you a chance to recover from races and hard training runs. In addition Spinning could also be substituted for hard runs that involve some speed-work. For those who may be suffering with minor pain or tight muscles, spinning provides that opportunity to get stronger and faster without dealing with risks involved with high-impact training.

My research shows that there is a correlation between pedal stroke cadence and running strike cadence. Therefore the idea is that developing a higher pedal stroke will lead to higher foot stroke cadence. The higher foot strike cadence means that your feet would be turning over faster and as a consequence spending less time in contact with the ground – lessening impact and chance of injury.

It will interesting if this theory proves correct with my training.

Spinning develops leg muscles more than running. This is simply due to the fact that it takes more power to push the pedal through different level of resistance than it does to move the leg through a running stride. With exception of hill runs – they obviously have the same impact and develop strength too.

SPINNING GETS YOU LEANER

Most runners are often recognised by their lean physique – though I am an exception to the rule. For many runners, myself included, weight control is particularly hard. Spinning is one of the best work outs for burning calories, due to the fact that it works some of the largest and strongest muscles in the body. When these muscles work together greater metabolic effect occurs. So you burn calories not just during the session but also for an extended period after the class has finished.

So there we go, some science behind mixing Spinning into your running schedule.

I didn’t need the science to know it is good for me. I may not be a strong or fast runner; but stick me in a Spinning class and I will happily be there sprinting until my legs are flying, dripping with sweat, but still smiling at the end of it. 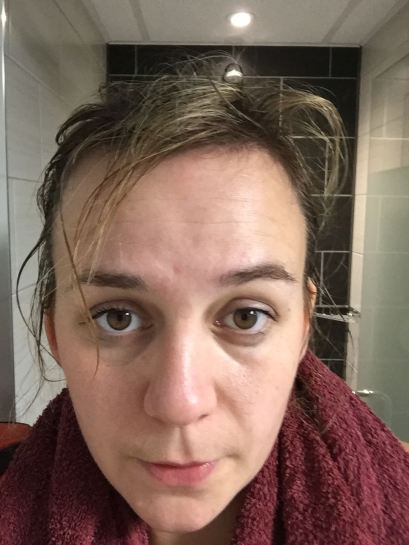